My interview with Erin McKean 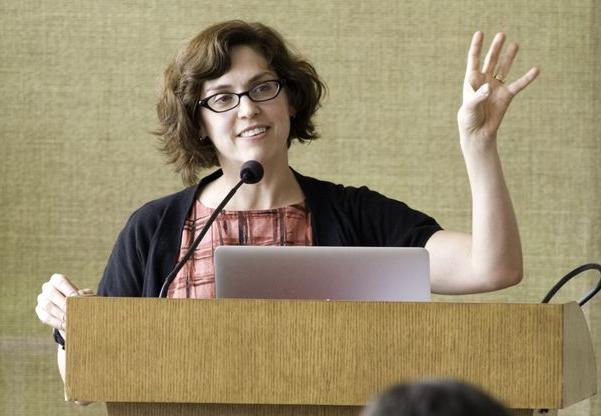 I had the pleasure to interview for TermCoord my favourite lexistar Erin McKean.


I have her quote on my blog, I’m enjoying Wordnik since its creation (when it had the colourful bricks falling down from the top of the home page), loved her TEDVideo and enjoying her articles and tweets! I Iike her enthusiasm and love for words and her disruptive approach to lexicography.
I dare to say that her answers represent a break from traditional lexicography by destroying the two milestones of lexicography: the definition and the authority of the dictionary.

The end of definition: Erin says “I think a good definition is like a good poem: beautiful and worthwhile in itself.”  We don’t need definitions anymore, they can even limit our understanding of the word: “when you limit your knowledge of a word to just the definition, you limit your understanding as well”. They were suitable for paper dictionaries, where the available space was limited: “Definitions are still helpful when space is limited”. Internet offers us unlimited space and the possibility to provide a variety of media to better convey the meaning of a word. And moreover, not all words need the same treatment: “Not every subject gets a poem, and not every word needs a definition”. For some of them we just need a glimpse; for some other words, we want to get more info: “For some words, people really want a precise definition – say, scientific and technical words. What exactly is a yottabyte? For some other words, people want to know how the word fits into English: what’s the relationship between “very,” “terribly”, “quite”, and “awfully”? But for some words, it’s just enough to know it exists, such as “awesomepants”.

But who decides how much info is needed? The user! Yes the user, the protagonist of e-dictionaries! That’s the most important message: e-lexicography is made mainly by the user: “What is useful is different for different people”. It’s up to the user to decide if to trust or not the source of a term, it’s up to the user to ask for more info, it’s up to the user to create a list of favourite words based on his/her needs and priorities: “if there is a well-reasoned, well-written comment from a Wordnik user on a word, you can go and check out that user’s profile page (if it’s public) and base your acceptance of that comment on your assessment of that user’s trustworthiness”, and most important: “I hope that we are encouraging people to develop their own critical thinking skills, which are essential for being a successful digital native.”

A new era for lexicography has just begun, the e-lexicographers has just been freed by the time-consuming (and tiring processes) of definitions and validation. They should present data as “opinions and not as incontrovertible facts”. The e-lexicographers now can really love words in their natural environment and have no more to tame them, or capture them for inclusion in some kind of lexical zoo. 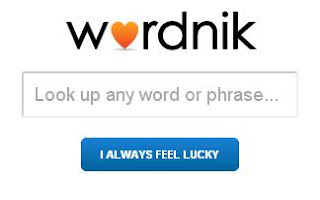